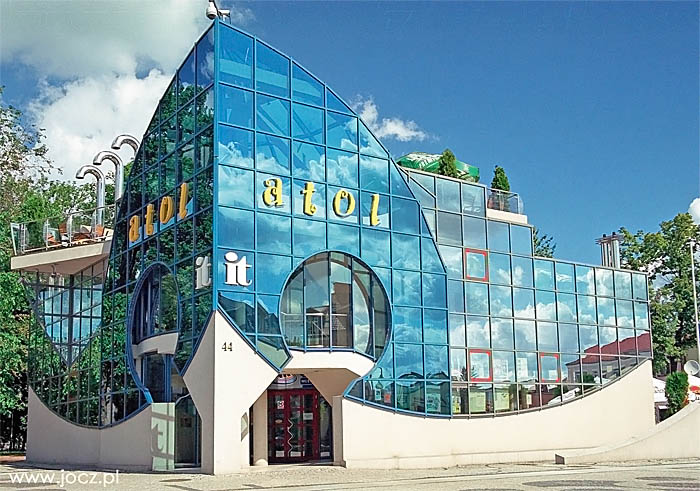 Post and beam facades provide the possibility of performing:

The system is designed for constructing light, flat, suspended type or filling type curtain walls as well as roofs, skylights and other structures. The solutions are the answer to the latest trends in architecture.

The shape of posts and beams allows to create aesthetics facades with visible, narrow lines of division, at the same time assuring rigidity of the structure. Thanks to this, the glazing frame may appear as a uniform framework. It also facilitates aesthetic and precise connection with other structures: internal walls and suspended ceilings.
Characteristic features of the MB-SR50 system is also large range of post profiles (from 65 mm to 325 mm) and beams (from 5 mm do 189,5 mm) as well as modern solutions for the accessories and joinery. They make it possible to obtain larger permissible tension - the facade's fixed module filling may weight up to 450 kg.
The MB-SR50 system provides high optionality in designing facade mounting points, the wide range of usable glazing also allows for application of big-sized glasses and double glass units.
The application of thermal brake made of HPVC insulating materials and profiled window seals made of EPDM allow to obtain the demanded heat insulation class and limits the risk of water condensation on aluminum elements to minimum.
Other version of the MB-SR50, similarly to other post and beam facade systems is: PL (the so called horizontal and vertical line, where the divisions are exposed) and semi-structural EFEKT type facade. Particular attention must be drawn to the higher thermal insulation version - MB-SR50 HI, where special double-component insulators were applied.
The MB-SR50 system allows to place various windows and doors in the facade, including facade-dedicated windows: tilt-in sash windows and roof windows.
Facade sprandles, thanks to the layer structure using non-flammable materials such as mineral wool and plaster/gypsum panels, may, similarly as in other Aluprof facade systems, obtain the fireproof classification of EI30 and EI60, depending on the structure.
For making horizontally and vertically hipped walls, special profiles and appropriately shaped strips eliminate any limits in designing the building's shape as well as the need to apply special corner posts.
The reference document to declared conformity for vertical facades based on MB-SR50N is the Harmonized European Standard "PN-EN 13830 Curtain walls - production norms".

Basing on that system, also other burglarproof structures may be produced.